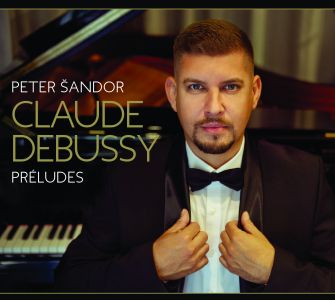 rank among the most significant works of musical impressionism and music history in general. Although the performance of all 24 preludes as a whole was not the composer’s intention, learning and performing the entire cycle has always been an important repertoire goal for world-class pianists.

Debussy made no secret of being intimately inspired by Chopin’s Preludes (Mauté de Fleurville, one of Chopin’s pupils, had been Debussy’s first piano teacher). Unlike Chopin, Debussy did not arrange his Preludes in any tonal order, and they are more autonomous in terms of their contents – each of them constitutes a new expressive, timbral, melodic, harmonic, and rhythmic world on its own.

The Preludes are arranged into two books of 12 pieces each, the first book being written between 1909/1910 and the second over several months during the years 1912/1913.

Produced in cooperation with VŠMU – Academy of Performing Arts in Bratislava.
Supported with public funding from the Slovak Arts Council.
With the financial support of the Music Fund.